Without a doubt cases of economic crime, including corruption and fraud, are a problem across the globe, and European countries are no exception in this. Corruption and especially tax fraud are made easier by dissimilarity in corporate and compliance regulations, different cultures of law enforcement, and a lack in data exchange. The fighting and penalization of economic crime is handled inconsistently throughout Europe. Also misuse of decentralized, inconsistent and non-transparent contracting procedures on a multi-national basis contributes to corruption and fraud. The Taxpayers Association of Europe (TAE) fights corruption and fraud because they are just as damaging to societies as the wasting of public funds. In both cases funds are withdrawn from the state, which have to be hard-earned again by other taxpayers. Corruption and especially tax fraud do not stop at the national borders. They damage public budgets and societies in all countries. The TAE has received information about a potential fraud case which affects Ukraine, France and Estonia. This case, in an exemplary fashion, demonstrates the need for better control and cross-border cooperation. Following, a summary of the information the TAE has been given about this case:

A Case of Borderless Fraud Ukraine-Estonia-France? 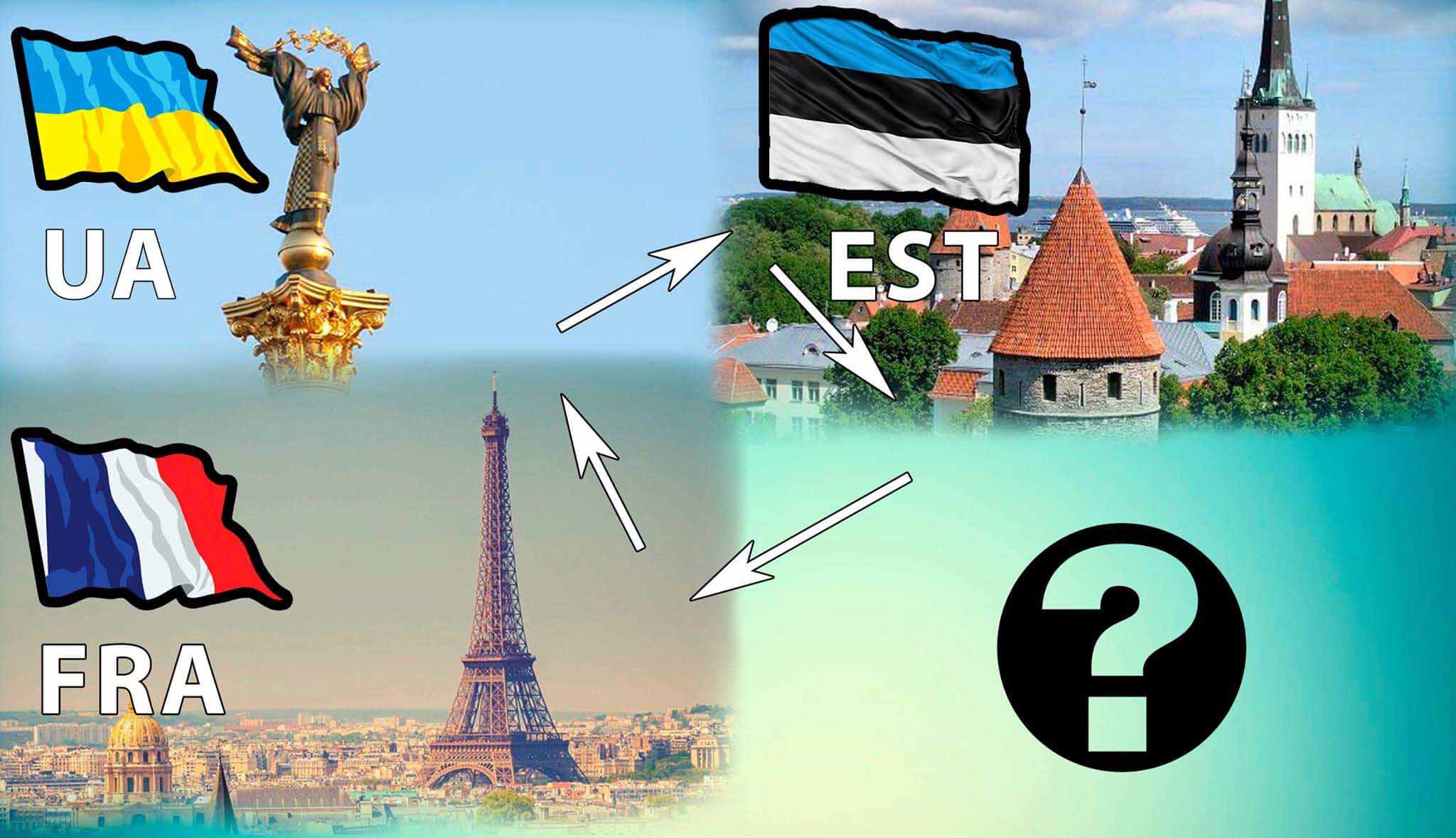 The case at hand is about potential cases of economic crime in the Ukraine, Estonia and France, or more precisely about the allegation that a businessman, who is wanted in Ukraine for the financial crimes of fraud and embezzlement of property on a large scale, has taken shelter within the territory of the European Union, and - so the accusation - is even continuing his criminal activities there. How can it be that the budgets of France and Estonia are suffering under the same criminal activities as the one of the Ukraine, if this person is pursued by the law in a country within Europe? It seems that there has not been and still is no data exchange on economic fraud cases involved personalities on a European level.

According to the information made available to the TAE, the person accused is Pavlo Ovcharenko, who supposedly is currently living in France while at the same time stating in his companies’ financial statements that Estonia is his place of residency. However, neither France nor Estonia - so the accusation - receive tax payments from the corporate activities of Pavlo Ovcharenko’s enterprises, since there is a high outflow of funds to his offshore companies in Panama. Among other things, this is stated in the 2015 audit report of the Estonian company, A-Grain Eesti OU (prepared by a sworn auditor of the company "Lahendused Pluss KV OU"). The founder of this company is Mr. Ovcharenko, and the only two board members are his wife and he himself.

The press department of the Security Service of Ukraine in the context refers to criminal proceedings according to part 4 of article 190 of the Criminal Code of Ukraine. Together with the Prosecutor's Office, the Security Service of Ukraine has conducted a number of investigative activities. Offices and buildings of the holding as well as houses of company representatives, both suspected to be places of illegal activities, were searched in the context of these investigations. During these searches, according to the press center of the Security Service of Ukraine, police seized cash in the amount of more than 400 thousand US dollars, 60 kg of gold bars and certificates for 400 kg of gold bars, and documents and materials that prove illegal activity by persons involved in this case.

Whoever thinks this is just a Ukrainian problem is mistaken. Ukraine is part of Europe and its economy. For that reason cross-border economic activities by multi-national companies affect Europe and cases of fraud also have consequences for other countries. For instance, the audit report mentions that in 2015 A-Grain Eesti OU carried out trading operations for approx. 57.35 million Euro. At the same time, according to Appendix 9 of the audit report, approx. 55.2 million Euro or more than 96% of all the sales were accounted in Panama. However, the official tax returns the company owned by the Ovcharenko Group shows minimal profit or even losses. For example, the loss of A-Grain Eesti OU in 2015 was stated to be 135,205 Euros.

According to the data presented by law enforcement authorities in Ukraine investigating Ovcharenko's financial frauds within the activities of the agricultural holding “Agreyn”, A-Grain Eesti OU seems to be a transit link in the fund withdrawal scheme for the Pavel Ovcharenko’s Panamanian company “CAREYMAY FINANCE SA”, which on one hand carried out the “Agreyn” agricultural holding grain sales to the end users and accumulated real profits in its accounts, and on the other hand indirectly owns the agricultural companies of the “Agreyn” holding in Ukraine, which do not produce these goods directly. As the TAE was informed, the Ukrainian state also did not receive taxes from the profits of Ovcharenko's companies.

Five officials from the agricultural holding were reported (according to part 5 of article 191, the acquisition of property by abuse of official position, of the Criminal Code of Ukraine). The investigation is ongoing. An interregional investigation team was created to investigate the illegal activities of "Agreyn" and its representatives.

There is knowledge of a list of company names through which Ovcharenko might still be carrying out illegal financial activities, as well as a list of banks in the accounts of which in the EU funds obtained illegally could be kept.

The Taxpayers Association of Europe (TAE) will pass on the information mentioned above to the law enforcement agencies of the affected EU countries, Estonia and France.
In order to prevent such cases of cross-border economic crime as the one described above within the EU and Europe, the TAE asks the competent authorities of all European countries to exchange data of corporates and legal representatives convicted of tax and economic fraud. This unbureaucratic and simple exchange of data could help to better fight fraud and corruption on a national and cross-border level, and thus better protect public budgets.

The Taxpayers Association of Europe is in favor of fair competition, which also includes fair tax competition. Before the harmonization of tax rates or a tightening of corporate tax laws in Europe are being discussed again within the framework of a more effective cross-border fight against tax fraud or corruption, the TAE believes that a simple exchange of relevant data could have a much better and more desirable effect on combating fraud and corruption.